One of the main reasons I haven’t blogged for a while is that I’ve been on holiday. As I’m getting ordained at the end of the week, I thought it might be a good idea to blog before things get mad. This holiday was a whole new experience for me. When I was growing up we used to go camping with Canvas Holidays, until we eventually got a timeshare and stayed in apartments. But they were always self-catered holidays that mainly revolved around sight-seeing in the local area and quite a bit of driving to get to interesting places. Any non-family holidays I’ve had have been for a couple of days generally doing the same thing. This holiday we went to an all-inclusive apartment complex in Spain with a pool, kids clubs, and evening entertainment, and we went with Steve’s 3 children, his brother and sister-in-law and their three children, all aging from 3-11.

It was completely different to what I’m used to but it was a really nice holiday. The kids had a great time around the pool, especially when they got snorkel masks and started doing underwater roly-polys. 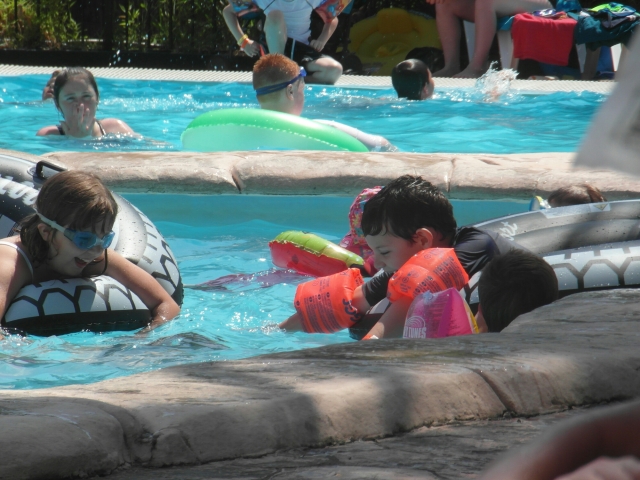 I say the kids had fun, I think the adults probably did as well…

We spent a couple of days on the beach as well. The first time we went the kids got really excited because there were fish in the sea and the water was warm, but we weren’t very prepared, so the next time we came back we had fishing nets but by then the fish had disappeared and so had the warm water, so they ended up spending most of the time with buckets and spades on the beach. We made an impressive sand boat though.

We also had a couple of days at the Portaventura theme park, as well as a couple at Costa Caribe water park. The water park was better for the younger kids but the older ones loves the rides at the theme park. Ryan’s favourite was Shambhala, which just holds you in across the legs so it feels like a) you might fall out, and b) you’re floating.

Fortunately there were also some pretty good water rides, which helped with the heat. 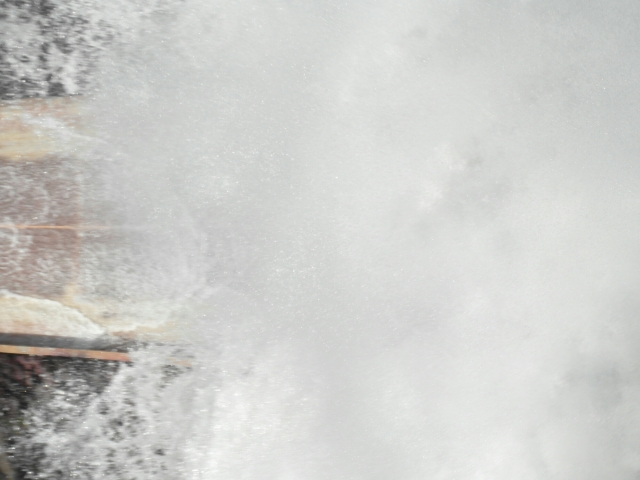 We also managed to squeeze in meeting the cookie monster!

The other thing that I’m not used to on holiday is evening entertainment. There was a nightly quiz, bingo, kids disco and a show. We never did manage to win the quiz, but we did quite well at the bingo, and Steve managed to win a special prize for doing the Court of King Caractacus dance, which was quite something to watch.

At times though we did get  a bit bored, and resorted to taking silly pictures instead. 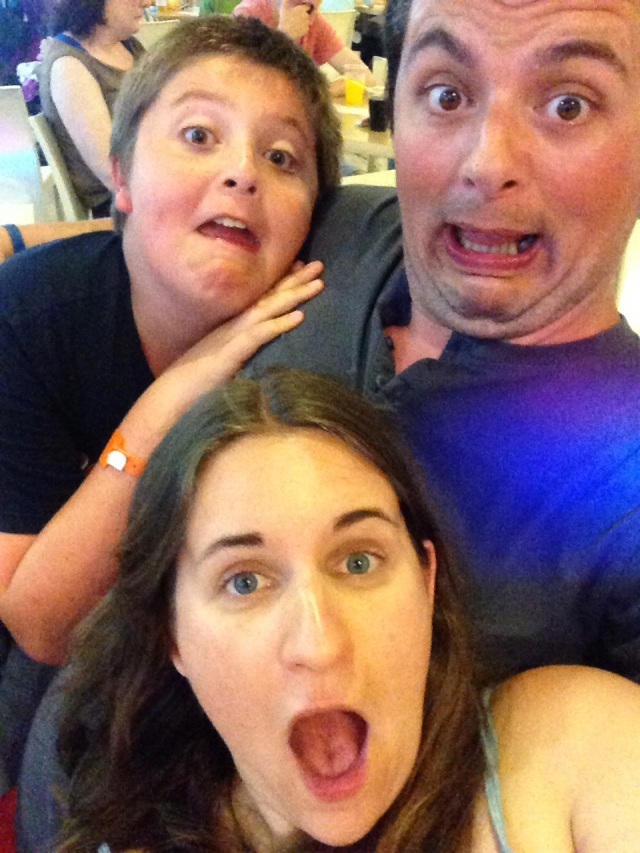 We had some extra entertainment one night with an impressive Spanish thunderstorm, which the kids hated but Steve quite enjoyed taking photos of the lightning. I was less impressed with the wind and rain that went with it though. Eventually we managed to talk the kids into sleeping and enjoyed the (relative) peace.

So we got back from Spain with some beautiful weather here in Wales, but also with a poorly cat with cat flu, and probably feeling more tired than when we left. It was really good having a few days away to switch off from work. I’ve spent the time since I got back preparing for my ordination on Saturday and First Communion on Sunday. Let’s hope the weather decides to stay nice for it! 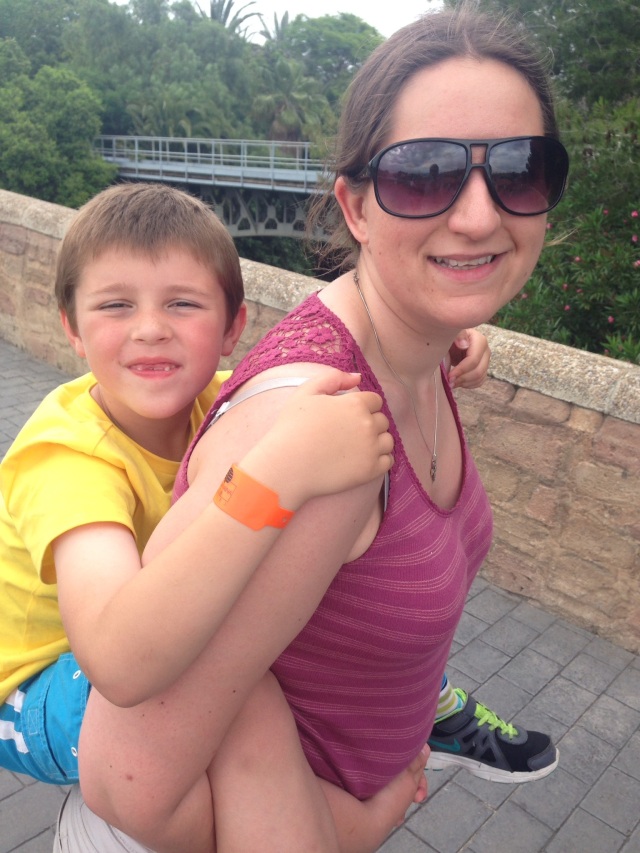